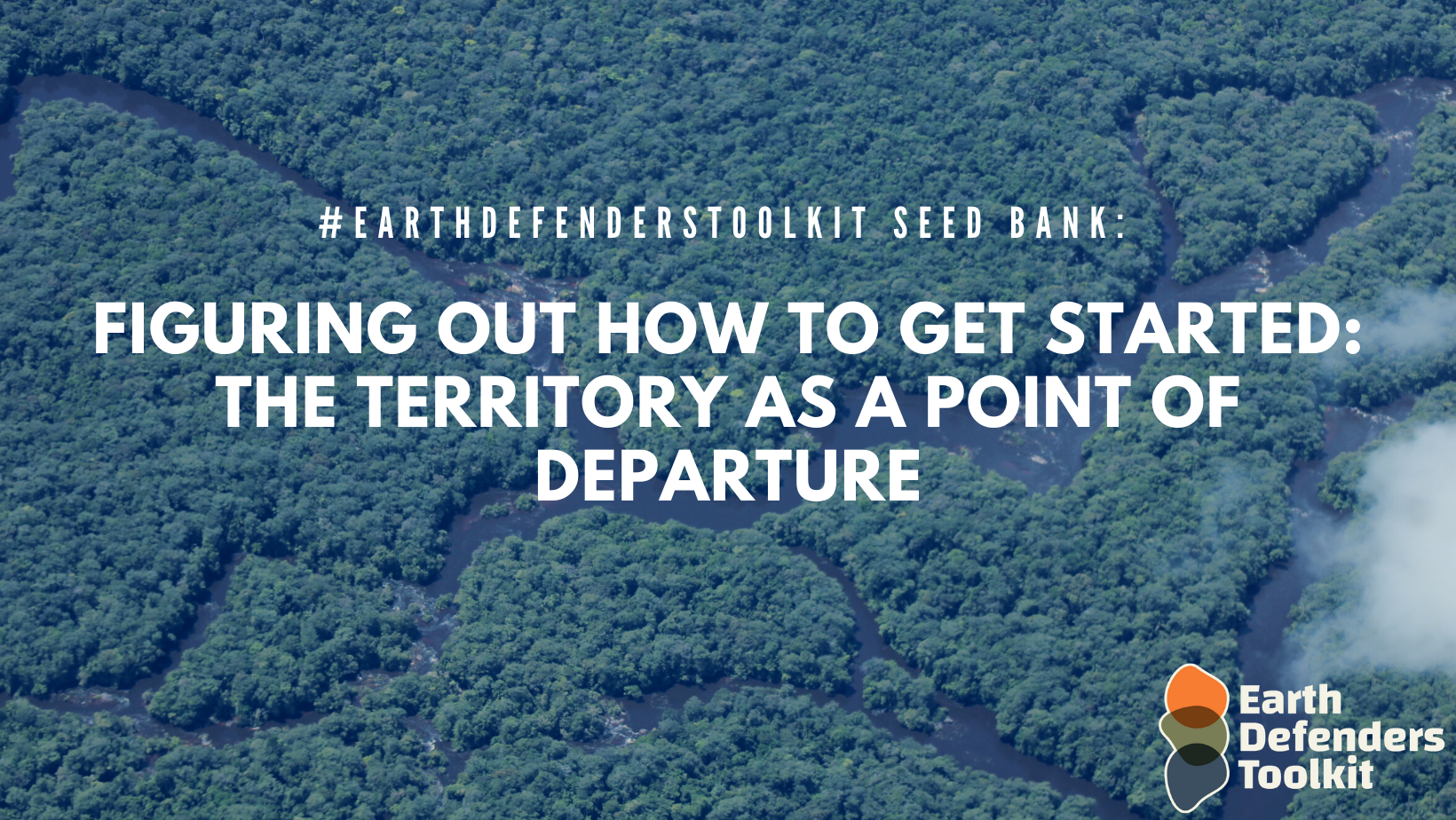 A common theme that has come out of conversations with partners about earth defender needs is figuring out where and how to get started. Many earth defender communities are aware of the emerging threats or problems within their community or their lands, but are less sure about what kind of actions to take, and rarely start directly from the point of view of wanting to make a map or conducting monitoring. Instead, it may be necessary to start thinking more broadly and to ground the conversation in something central to the lifeworld of the community: the territory.

Participatory mapping also can be a very effective exercise for an earth defender community to orient their thinking about the territory. By having everyone within the community, including young and old, involved in making maps and indexing what they value and love about the territory alongside what is being threatened, the community can see the overlap in a clear and visual way that can lead to tangible actions.

Do you have additional thoughts on this? Please let us know what you think by filling out this form. #EarthDefendersToolkit seed bank is a series of short blog posts where we share knowledge and learnings that have emerged from our research. Would you like to contribute? Please contact us!