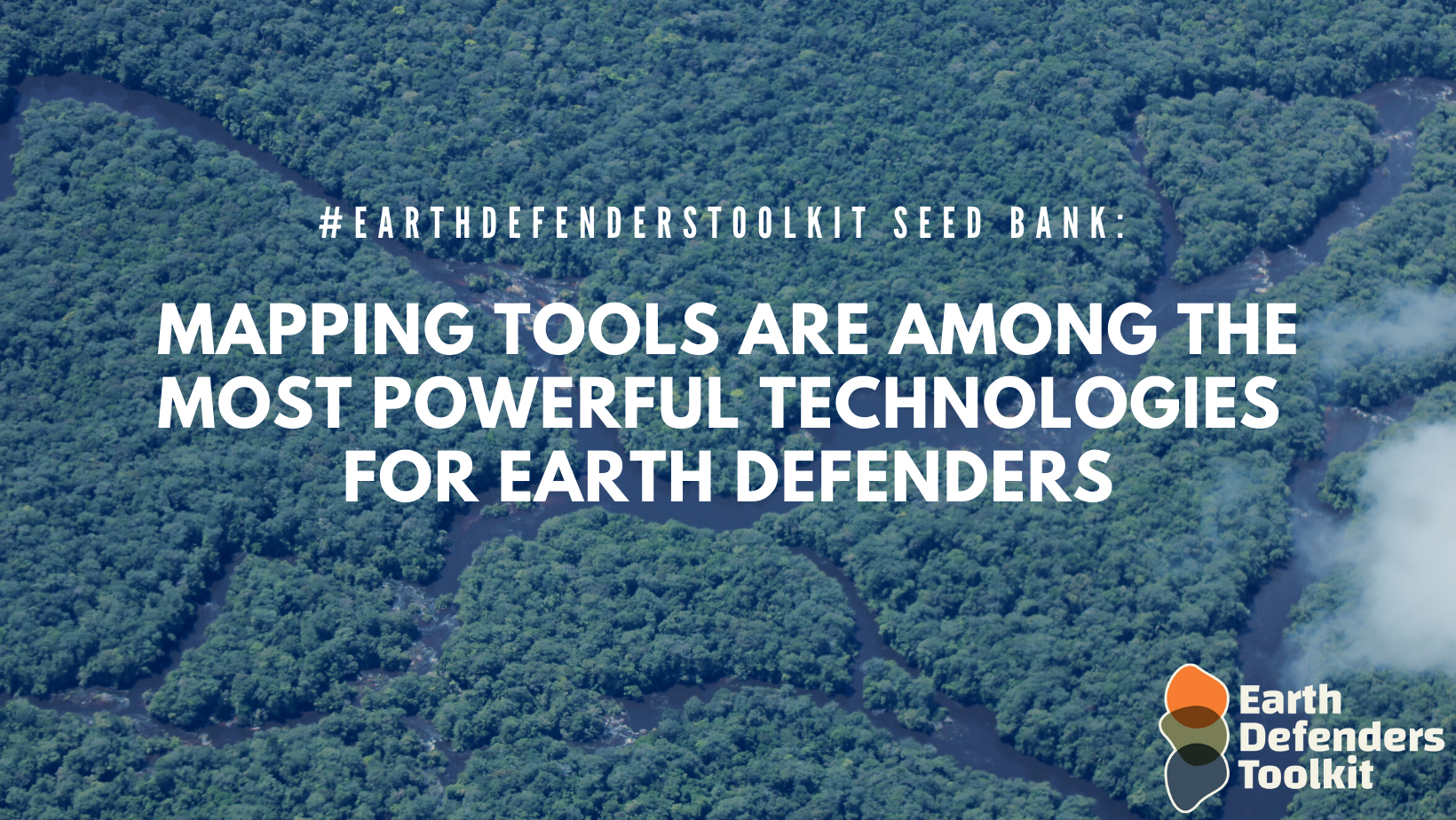 Like many other modern technologies, mapping tools were not always useful for earth defender communities, nor are they always needed by these communities for their own internal purposes today. However, a map can be an incredibly useful way to communicate with outsiders, and to deal with threats to the land that are emerging from the outside. Maps made by earth defender communities are a representation of their lands from their point of view, and frequently present a much different picture than the maps made by the outside world. 🗺️

From colonial times onward and persisting into the present, maps made by the government or other outside third parties often erase the existence of a local community, instead visualizing the land as empty space with only sparse colonial names for natural features, or showing an abundance of resources to be extracted for profit. By contrast, earth defender communities think of their lands in terms of an abundance of storied and historical places, sacred sites, hunting and fishing sites, and other natural resources important for sustenance. While a map is an imperfect repository to capture this knowledge of the land, it can nevertheless help earth defender communities in communicating with outsiders or third parties: a map can help outsiders understand the importance of the land from a local point of view, by representing things in a format legible to them.

Since maps are among the most powerful ways for representing the world, the ability of earth defender communities to use mapping tools to counter-map — or produce “maps that roar,” to borrow a phrase from the Canadian Indigenous mapping community — is a very effective usage of modern technology. 💥

Do you have additional thoughts on this? Please let us know what you think by filling out this form.

#EarthDefendersToolkit seed bank is a series of short blog posts where we share knowledge and learnings that have emerged from our research. Would you like to contribute? Please contact us!